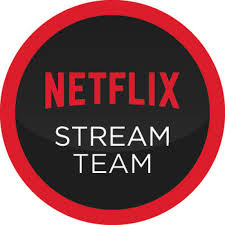 As many of you already know, Netlix has a fantastic range of programs available for kids of all ages, parents and the family. For us with summer not being so great it's been challenging at times to pass time when your couped up inside. Thankfully my 4 year old son has some top choices that he likes to delve into every now and then to chill to on those rainy days!

DinoTrux
DinoTrux premiered on Friday (14th August) and we'd a perfect rainy day to begin to watch it. DinoTrux are half dinosaur and half truck! Another fantastic creation from DreamWorks Animation.
Myself and my son watched the first three episodes so far and I must say I thought they were great. We meet Ty Trux who is a massive Tyrannosaurus Trux and his tiny friend Revvit who is a a razor-smart Reptool. Together, they unite with their friends to defend their new community against D-Structs, the biggest and baddest Dinotrux of them all, who threatens to destroy everything they’ve built.

Lego Ninjago - Masters of Spinjitzu
This has fast become a favorite of our sons and I must say who could blame him. Meet Cole, Jay, Kai and Zane who are training to become Masters of Spinjitzu under the guidance of Sensei Wu. He is their leader and is guiding them to become the heros they should be and is looking forward to training Nya (another character) to become a Ninja in her own right. 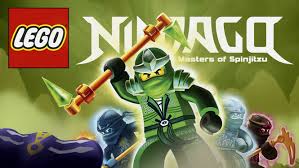 
DreamWorks: Race to the Edge
You may remember a recent post of some guests who arrived to our door which you can read about here. Since their arrival, my son has loved watching the adventures of Toothless and Hiccup with their pals on DreamWorks: Race to the Edge. I love hearing him laugh at the different things they get up to and enjoying the variety of Dragons that they meet along their way.

Recently some of you may have seen on my Facebook, Instagram or Twitter accounts that I received this fab Party Pack full of goodies for a Netflix Race to the Edge Party. We'd great at his 4th birthday party with his pals enjoying some of the goodies. Unfortunately, all the pictures I took never saved so we will have to have a makeover party! So keep an eye out! 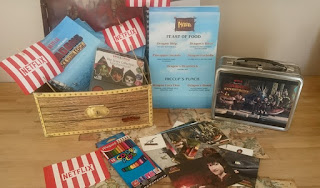 What are your kids Netflix favourites?


Disclaimer:
I received a Netflix subscription and an Apple TV from the Netflix Stream Team. All views and comments are my own

Posted by Chirps from a little red hen at Thursday, August 20, 2015