Kate Barlow, the UK's leading parenting expert was invited by WaterWipes to present some exclusively commissioned research,the first of its kind from the biggest ever survey into modern Irish parenting. You can read some of the details here via MummyPages. 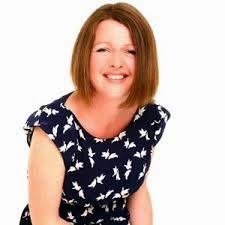 I was invited to meet with her while she was here but was unable to do so, so was offered the opportunity to do a telephone interview. When I knew this was possible I looked forward to speaking with her about a couple of things.


A little bit about Kate

As previously mentioned Kate is one of the UK’s leading Parenting Consultants. She is an expert in helping families overcome common childhood problems such as:
- Toddler tantrums
- Picky eaters
- Potty training
- Bedtime woes


A little background to my two little ones!

I'm very lucky to have two healthy (Touch wood) children. Our son is 3 (4 in July) and our daughter is 15 months.
Overall both are fantastic and I know I'm truly blessed. Recently though as some of you will already may be aware their have been changes in our home.
With my husband recently beginning a new job it means his days are a little longer and at times he is required to do over night training, most recently a 5 night trip.
With these changes and also with developmental changes, there has been some "fun" in our home at times!
With some things in mind I was looking forward to asking Kate some questions.

After we introduced ourselves and I gave her a background of our family the questions proceeded.


1. My sons bedtime routine has changed and separation anxiety has crept in with recent home changes. What would you suggest to get him back to normal which was going to bed without any problems and keeping his door closed as before?

Kate suggested the issue to deal with first was the sleep routine. When there are new habits, it is important to deal with them separately.
A suggestion she made was to introduce the "Sleep Fairy". Give him a letter from the Sleep Fairy and in it tell him how if he keeps his door closed and isn't calling out unless needed that he will get a present.
She went on to say how his calling out was just delay tactics to go asleep and it was important that we were consistent in our approach.

2. With him having changed how he goes to bed he is waking earlier and still tired.

A suggestion Kate made which was something we were thinking of getting was a GroClock. By explaining to him how it works it would give him clear cue's as to when it was time to get up. 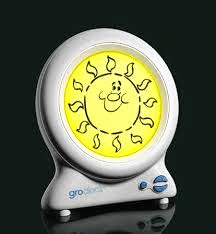 3. With his sister being 15 months, what do you recommend for them both regarding sharing.

4. What are you suggestions dealing with discipline? Do you think a "naughty step" is a good thing?

5. Dinnertime! What do you suggest when they decide not to eat their dinner even if it is their favorite? 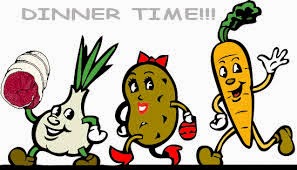 Again a similar formula is coming through with is "praise the good and ignore the bad!
With our son not always eating dinner he is trying to assert his independence.
As Kate said healthy children will eat (thankfully our little fella is a healthy eater)

6. Starting School - With his separation anxiety recently, we're conscious of what he might be like starting pre-school

Kate explained how its important to not push it.

I must say it was lovely speaking to Kate. A lot of what she had said we were already doing so it was lovely to get reassurance that we're on the right track.
Something I have been noticing more of is to praise more often when my children play together and are doing good. We're also, taking the conflict out of dinner. It can be difficult at times but I must say its easier than asking him continually to "eat his dinner"

Have you difficulties with your little ones? What are your top tips?