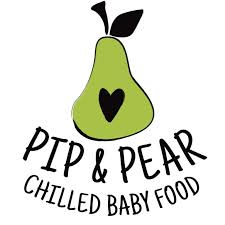 I was delighted to have the opportunity to review Pip & Pear Chilled Baby Food last week. While my two are 3 years and 16 months I was curious to see what their thoughts were!

I received this lovely hamper of goodies last week to try out. When my son saw it he immediately wanted to tuck in to see what they were like so we begun by choosing something for lunch! You can't argue with a 3 year old when he wants to eat something! 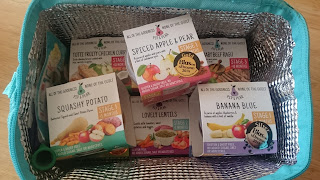 While I always made food for my two there were times when it was handy to pick up something when visiting / travelling. While there was a lot to choose from, for me, I wasn't impressed with what was out there. The idea that something is packaged and has a long shelf life it doesn't inspire confidence in what you are giving to your little ones.

On receiving the hamper I was delighted to see that I needed to place them in the fridge and that the expiry date was within a few days! Yay, fresh food for little ones!
Each pot contains up to two of the recommended five a day of your child's recommended fruit and vegetable daily intake. There are no added salts, sugars or preservatives. All of the Beef, Lamb and Chicken is 100% approved by Bord Bia and the Fish is approved by Bord Isaigh Mhara. 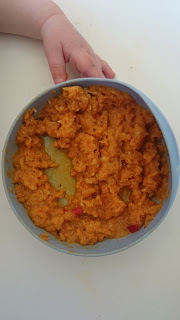 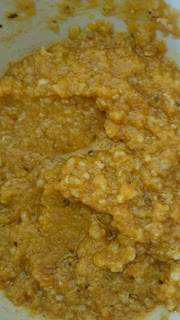 When I began weaning both of my children progressed quite quickly to more textured foods so when I opened each of the pots, I was impressed with how textured they were. This is more so for stage 2 and 3.
I must say they tasted great. They really are as good as homemade. The Fishy Dishy too I was quite impressed with. In the past I've found many baby foods with fish in them are tasteless.
As my children tried them there was smiles and "yummy" from my 16 month old and my son mentioned many times how delicious they were!

I thought the packaging was very inviting and it was wonderful too, to see stickers of pride for winning some fantastic awards at Blas na hÉireann. Its wonderful to see this especially for a new business. 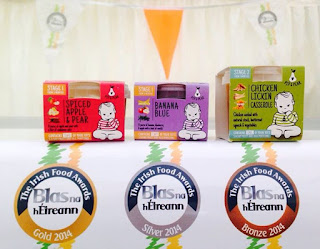 In the letter that that Irene sent who is owner and founder of Pip & Pear, I loved her suggestions for using the containers which are 100% recyclable and BPA free for storing things such as Lego which will be a plan in our home! Those little pieces are not the most comfortable to be stepping on!
They can also be reused for your own food and Irene shares some recipes on her site here. And for those of you who are at the weaning stage and would like some tips she includes them also on her site here.


I know, next time I pop into Aldi, I will be adding the Banana Blue and Spiced Apple Pear to the list. These are fantastic mixed into porridge, granola or a dessert not only for the kids but for mum and dad too!!

Disclaimer: I received these products from Pip & Pear to review. All thoughts and opnions are my own.